Last month we ran our first company coding dojo – this was only open to company staff, but attendance was good (around a dozen people).

For those that have never heard of it, a coding dojo – based on the idea of a martial arts dojo – is an opportunity for programmers to improve their skills. This means getting a group of developers together, round a big screen, to work through a problem. Everything is pair programmed, with one “driver” and one “co-pilot”. Every so often the pair is changed: the driver returns to the audience, the co-pilot becomes the driver and a new co-pilot steps up. That way everyone gets a turn writing code, while the rest of the group provide advice (no matter how unwelcome).

For the first dojo we tackled a problem in Scala – this was the first time using Scala for most people, so a lot of time was spent learning the language. But thanks to Daniel Korzekwa, Kingsley Davies & DJ everyone got to grips with the language and we eventually got a solution! The session was a lot of fun, with a lot of heated discussion – but everyone felt they learned something.

Afterwards, in true agile style, we ran a quick retrospective. The lessons learned showed the dojo had been an interesting microcosm of development – with us making the same mistakes we so often see in the day job! 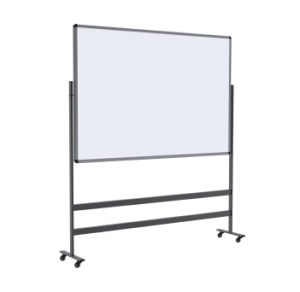 For example, we knew we should start with a design and went as far as getting a whiteboard; but failed to actually do any design. This led to repeated rework as the final design emerged, slowly, from numerous rewrites. One improvement for next time was to do just in time design – in true agile style.

We also set out to do proper test-first TDD. However, as so often happens, this degenerated into code-first development with tests occasionally run and passing rarely. It was interesting to see how quickly a group of experienced developers fall out of doing TDD. Our retrospective highlighted that next time we should always write tests first, and take “baby steps” – by doing the simplest thing that could possibly make the test pass.

Overall it was a great session and very enjoyable – it was fascinating to see the impact of ignoring “best practices” on something small where the results are so much more immediate.

This site uses Akismet to reduce spam. Learn how your comment data is processed.